Just like humans bacteria can catch a virus, however, when you’re just a single cell catching a virus can be pretty fatal. Because of this, bacteria have developed some effective systems to protect themselves. These systems, known as restriction-modification (RM) systems, come in a variety of shapes and sizes but it has always been thought their primary function is a defensive one against invading viruses and other invading DNA. These systems work by recognising specific DNA sequences (e.g. GATC) and adding chemical markers (methyl groups) to the DNA. For the majority of RM systems when these methyl groups are missing, the DNA is flagged as foreign and the system will then cut (or restrict) the DNA. By cutting up DNA you don’t recognise, you destroy viruses before they can make copies of themselves, hopefully saving yourself from a slightly traumatic self-destruction process.

RM systems are the bacterial equivalent of an immune system, protecting cells against incoming viruses that might otherwise kill them, but what if they could do more? We’ve known for a long time that adding methyl groups to DNA serves an alternative purpose. In humans, it’s an essential process in the development of human embryos, turning genes on and off at different developmental stages. On top of that it’s been proven in mice that adding methyl groups to certain genes (through what a mother eats when pregnant) can protect offspring who are otherwise genetically predisposed to obesity. If adding methyl groups can have such a large impact in animals we have to consider something similar could be going on in bacteria.

Switching genes on and off in bacteria is known as phase variation. It can happen in a number of different ways and allows bacteria to adapt to new environments quickly and reversibly. Sometimes this variation happens by small mutations where extra DNA bases can be added or taken away, it’s random and happens by chance. But it can also happen in a more controlled way, through the addition of methyl groups to DNA. In the bacterium Caulobacter crescentus whether you are a motile swarmer cell or a non-motile stalked cell is controlled by adding a methyl group to the sequence GANTC.

In recent years more complex RM systems have been identified. These systems still protect against viruses, but they are also able to recognise and methylate more than one sequence. They do this through “spare” genes which can be swapped with one another. The more closely we look, the more of these spare genes we find, telling us that regulating genes like this isn’t a specialist process – lots of bugs are doing it, and importantly they’re doing it with genes we can link to disease in humans.

In the pneumococcus (one of the leading causes of pneumonia), methylation changes affect how much protective capsule the bacteria produces, making it more or less likely to survive in the blood.

This reversible switching gives bacteria two advantages; when fighting viruses a more diverse population is more likely to survive an attack, but perhaps more importantly they increase their options for control by methylation. A genome can double, triple or even quadruple its ability to regulate genes by recognising more than one sequence, and this is much more complicated than we ever assumed possible. 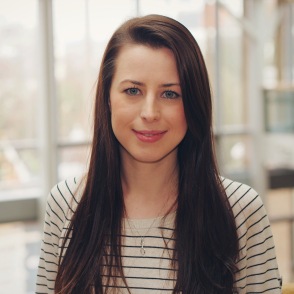 After submitting my PhD thesis earlier this year (on epigenetics in pathogens) I’ve realised that I have to stop telling people I’m a microbiologist pretending to be a geneticist, as I now have a PhD in Genetics! Since finishing my PhD I’ve been working as a Post-Doc at the University of Leicester. When I’m not in the lab I can be found doing some SciComm/outreach work with GENIE or The Brilliant Club.

You can find me on Twitter @megandsc or at my blog Daily Life of a PhD, which is currently undergoing a bit of a re-brand. My blog is an honest look at the ups and downs of working in academia. If you’d like to know more about my work, getting involved in outreach or my blog please get in touch, I’d love to hear from you.

This post is the third in our epigenetics series. The first, Epigenetics: past and present by David Hornby, and the second, Epigenetic tags for personalized diagnoses by Sarah Kearns, were published in October. If you are interested in reading more on this topic, you can also check out the October issue of The Biochemist magazine on the theme of epigenetics.