By Adam Jellett, University of Bristol

How would politicians cope being quizzed by a room full of young scientists and engineers? That’s what I sought to find out when I travelled to Westminster to take part in Voice of the Future 2018. This event, organised by the Royal Society of Biology and in its seventh iteration, is unique in its reversing of a Select Committee meeting, where MPs hold experts and government ministers to account in various areas of policy. At Voice of the Future, it is the MPs who are questioned so that we, the scientific community, can gain a better understanding of the world of policy and their views on UK science. Can we change their opinions? Can they change ours? 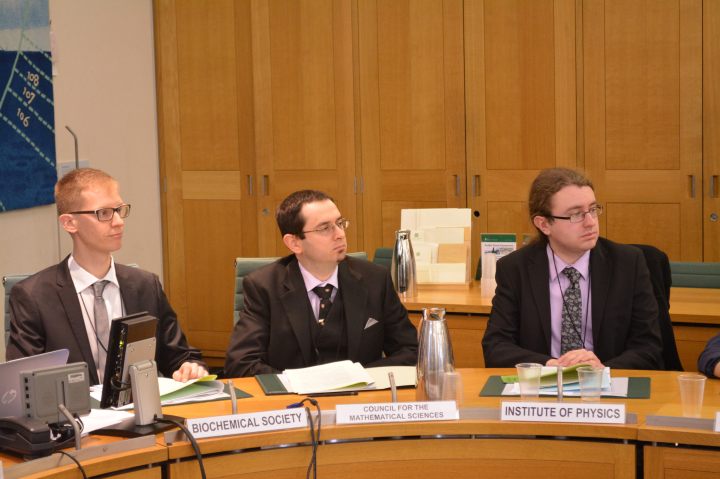 This day was full of fascinating questions from a team of representatives from 20 science and engineering organisations as well as two schools; I myself was privileged to be chosen as one of the Biochemical Society’s representatives. Some major themes of the day included: Brexit’s impact on UK science (unsurprisingly receiving the largest number of questions); how to improve representation of women and increase the diversity of people involved in science; combating ‘fake news’; and the impact of new technologies on our society.

First up in the ‘hot seat’ was Sam Gyimah MP, the newly appointed Minister of State for Universities, Science, Research and Innovation. He was under pressure on the Brexit front as he needed to be diplomatic as a Government Minister; however, he did seem a keen advocate of science, promising more money for science as part of the Industrial Strategy and wished (subject to negotiations) to take part in future EU science programmes. Chi Onwurah MP, Shadow Minister for Business, Energy and Industrial Strategy, an engineer herself, was not restrained by the government’s Brexit position and could be more candid with her responses, whole-heartedly advocating the positive role the EU has played for UK science. Chi was also extremely passionate about fixing the gender imbalance and promoting opportunities for everyone to have the chance to work in science.

I was lucky enough to be able to question some of the MPs who sit on the Science and Technology Select Committee: Steven Metcalfe MP, Carol Monaghan MP and Martin Whitfield MP. I asked about their hopes and concerns about using genetic technologies in healthcare. I was pleased that they recognised the huge potential for personalised medicines and the treatment of genetic diseases. However, there was also a significant focus in their responses on the idea of ‘designer babies’, a concept that an overwhelming majority of scientists would find abhorrent. This just goes to show that there are still conversations to be had with policy-makers and the general public at large about how to utilise the new and exciting technologies being developed, and how best to regulate them. There were also some interesting discussions about the role of creativity in science and science education, rebranding STEM as STEAM (science, technology, engineering, arts and maths).

Lastly, Dr Rupert Lewis, the Director of the Government Office for Science, was quizzed. Working with the Government Chief Scientific Advisor, the Government Office for Science gives advice, based on scientific evidence, to the Prime Minister and Cabinet members and tries to facilitate connections between officials and the scientific community. As in all the sessions, there was a breadth of different questions asked. In this session, topics ranged from antibiotic resistance to the relocation of the European Medicines Agency. One fact that I found particularly astounding during this session was that academics have one of the highest rates of mental health problems: 37% versus 19% in the general population. I guess that pressures such as job insecurity – going from one short term contract to another – must be taking its toll. Dr Rupert Lewis responded that destigmatising mental health problems must be the first step to tackle this crisis, but there are options with some good evidence behind them, for instance: Cognitive Behavioural Therapy.

I arrived at this event with the opinion that more politicians should be scientifically literate so that better evidence-based decisions can be made (and fewer politically-driven ones). Of course, there needs to be a diverse range of experiences and backgrounds in Parliament, but there is a very low proportion of MPs with a science background. To change this, it would require people like me putting themselves forward for election, which doesn’t particularly appeal to me if I’m honest! I can’t really complain if I don’t do it myself. It is comforting to know though that there are people passionate about science, advocating science, in parliament. Events like this one, which increase the dialogue between MPs and scientists, can only be a good thing. I really did enjoy my day at Westminster. If you have any interest in how science influences policy and policy influences science, you should definitely consider applying for Voice of the Future next year! 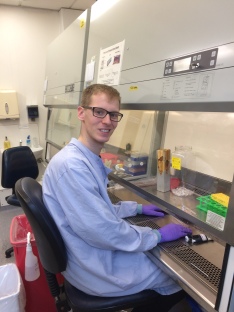 I’m in the final year of my Biochemistry PhD at the University of Bristol. I’m in the Cullen Lab, where we research fundamental questions in cell biology relating to how proteins, specifically transmembrane proteins, are transported around the cell and recycled. Outside the lab I enjoy running, cooking and science communication. I’m also looking forward to starting a Science Policy internship in July at the Academy of Medical Sciences. You can find me on Linkedin.