By Julia Morris, University of Sheffield

Over the past two decades, the sale of commercial genetic ancestry tests has steadily increased. Celebrities such as Demi Lovato, Oprah Winfrey and Meryl Streep have used them to trace their ancestry and publicly shared their results. This, and no doubt, personal curiosity; has served to catalyse a recent boost in popularity.

Ancestral tests require a DNA sample derived from sputum or a buccal (cheek) cell swab. The sample is then sent to a certified lab for analysis where processing can take up to 8 weeks. Following this, the results become available online, usually in the form of a pie-chart or bar graph. The question is, how much trust should we place in these tests? How accurately can they determine the biogeographic origins of an individual?

Presently, most genetic ancestry test providers utilise haploid (DNA exclusively inherited from either mother or father) and autosomal (inherited from both mother and father) marker tests to determine ancestry. Let’s look at these tests and their limitations in more detail.

Mitochondria, often referred to as the powerhouse of the cell, are passed exclusively from mother to child. Therefore, mitochondrial DNA (mtDNA) tells a story of maternal inheritance in both males and females. People that share unique repetitive sequences within mtDNA have been shown to originate from specific geographic areas. Therefore, people who share these unique sequences can be organised into groups based on their mtDNA, known as a haplogroup. The main mtDNA haplogroups are as follows: A-G (Asian and American), H-K (European) and L (African).

On the flip side, the Y chromosome is male-specific, so genetic information is exclusively passed from father to son. DNA on the Y chromosome paints a picture of paternal DNA inheritance. Repetitive sequences, known as single nucleotide polymorphisms (SNPs), on the Y chromosome and mtDNA are directly compared to the DNA of people of known ancestry. 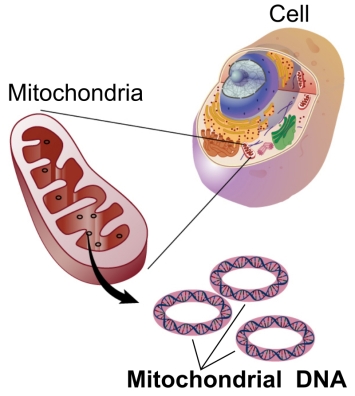 Two limitations with using haploid marker tests immediately come to attention. First of all, using these methods alone, females are at a disadvantage as only the mtDNA test can be used. While, from male DNA, information about both maternal and paternal genetic ancestry can be derived. A second limitation of these tests is that they cannot tell the whole story of ancestry; they can only detail a fraction of our total genetic ancestry as the Y chromosome and mtDNA originate from one ancestor.

Thankfully, ancestral test services also utilise autosomal DNA, meaning that two gene alleles can be utilised in analysis. Currently, whole genomes are not sequenced for this kind of test. This is because humans have 99.5% of DNA in common with one another and whole-genome sequencing is still relatively expensive for an average individual. Therefore, only SNPs, and segments of autosomal DNA known to be present in people from a particular geographical area – known as ancestry informative markers (AIMs) –are tested.

Maternally and paternally inherited SNPs and AIMs are compared to reference genomes of a known lineage. The results of this analysis help to build a picture of ancestry. Although specific SNPs tend to be associated with people from a specific geographic area, and so consequently can act as an indicator of ancestry; their occurrence can also be influenced by environmental factors and natural selection and so the same SNPs may be found in multiple unrelated populations. AIMs are also a useful tool but it is important to note that not all people from a particular geographic location have the same AIMs.

An additional limitation of using autosomal markers tests is simply that the genome is finite meaning that we do not carry DNA from each and every ancestor we ever had. In fact, only a small number of ancestors are represented within our DNA. Therefore, even using this method of analysis we are limited.

Information gathered from ancestral screening is statistically analysed. The way our genetic data is handled and analysed can also influence the ancestry that we are attributed to. Companies make the data generated from genetic ancestral tests readily available for download. This data can be alternatively analysed by using online analysis tools, but some level of expertise is required.

The big question: can we trust genetic tests?

My research into this topic suggests that, at best, an estimate of ancestry can be concluded from ancestral tests. Social, economic and/or political factors should also be taken into consideration when investigating ancestry, as they have influenced ancestral geographical movements. Truly and honestly, the only way we can 100% accurately trace our individual ancestry is with a Tardis (Doctor Who reference). Until then, where possible, the results of genetic ancestral tests should be matched up with genealogical records to provide a fuller explanation of ancestry. 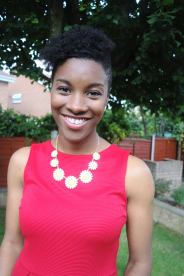 I am a third year PhD student studying Molecular Biology at the University of Sheffield. Put simply, I love science and sharing my passion with others. You can connect with me on twitter @morris_juliaa or LinkedIn.